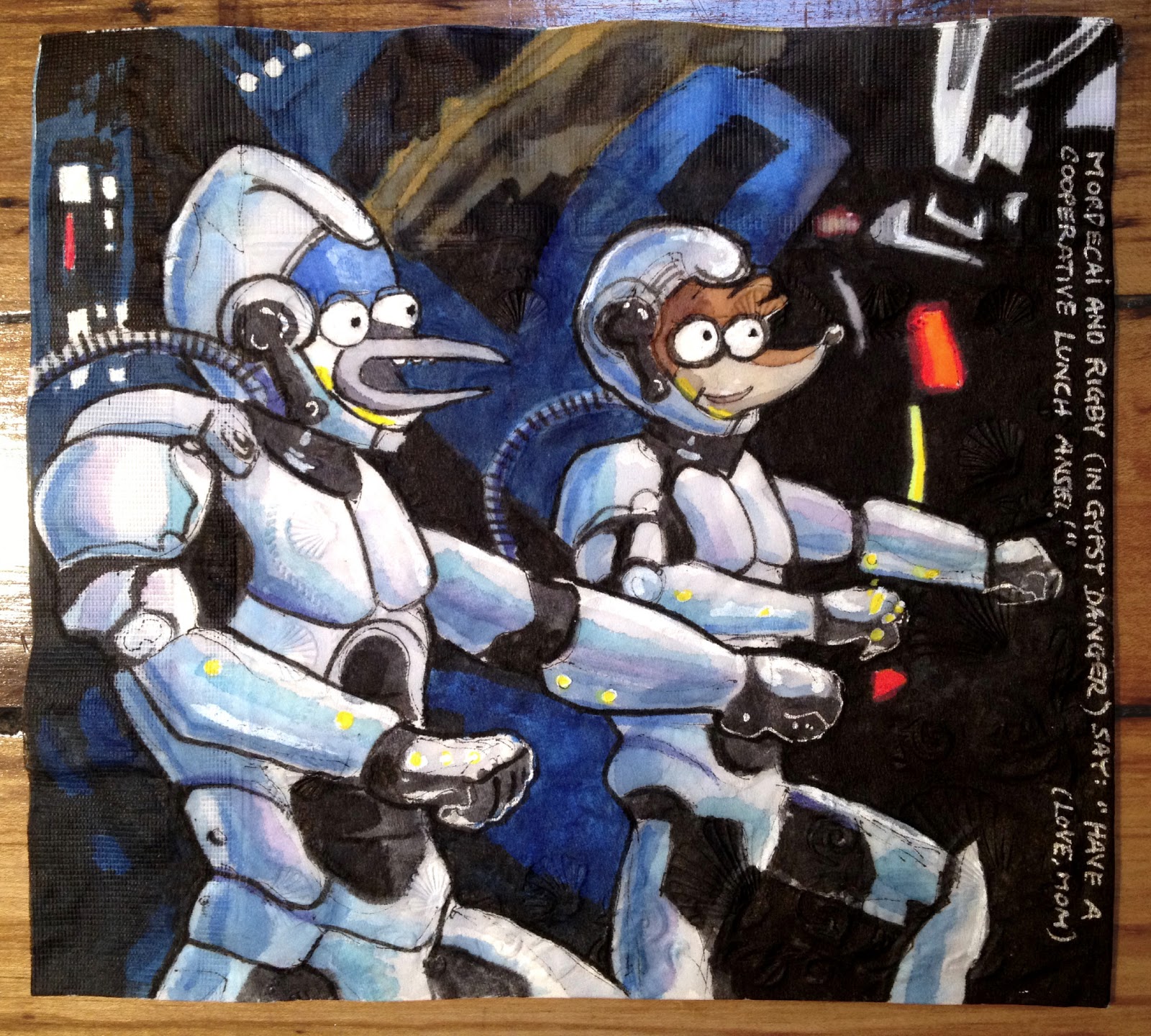 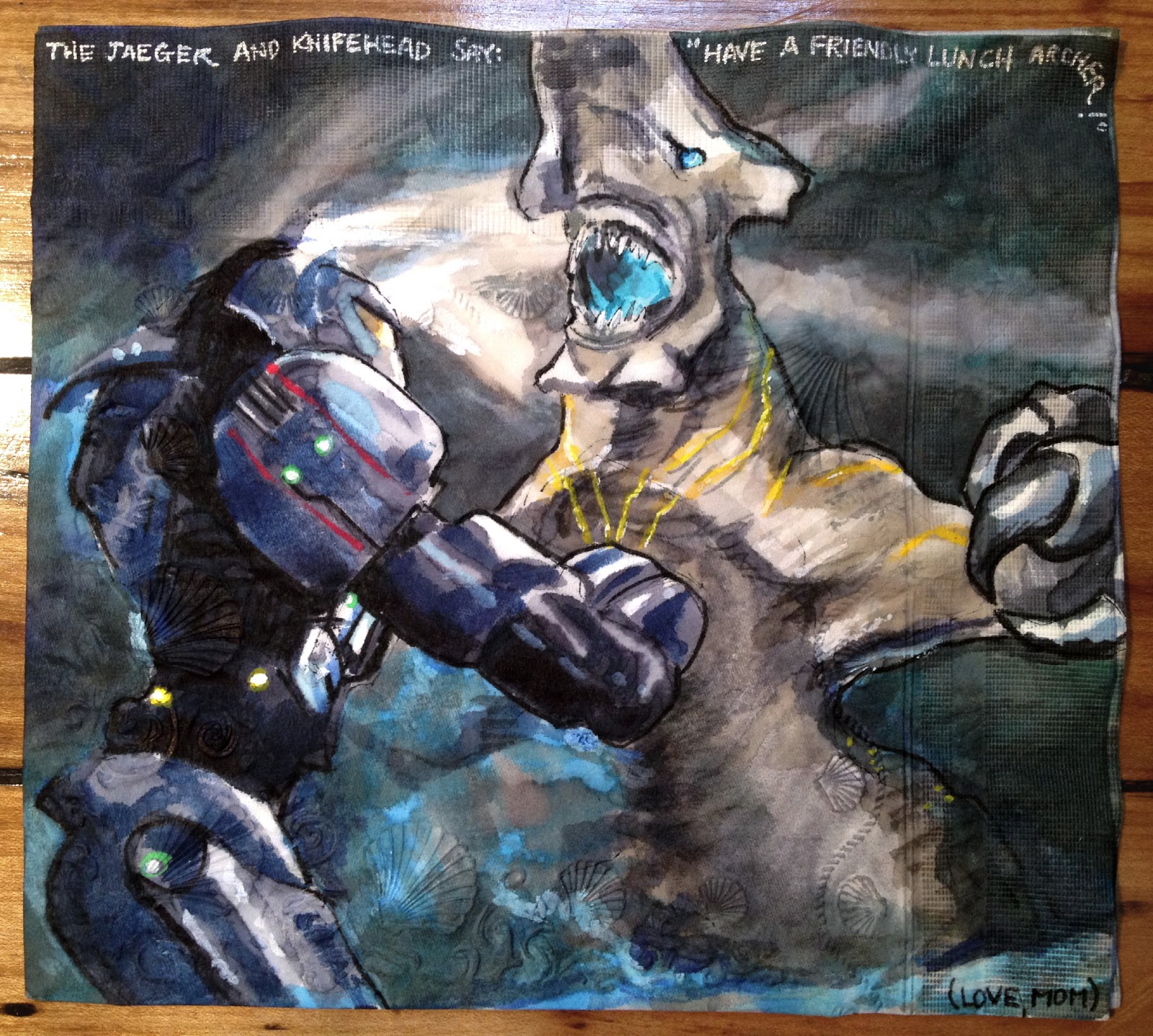 SAN DIEGO — In the hands of a lesser geek, a movie about an Armageddon-esque battle between story robots and equally humungous kaiju monsters could've wound up looking like a disaster — and not in a good way. But when that geek is director Guillermo Del Toro, and the film is his upcoming action flick Pacific Rim , it's best to just trust the man, sit back and enjoy the ride. Fans at Comic-Con International here — some of whom camped out in line all night waiting for Saturday's Hall H panels — got taken on a crazy ride through the world Del Toro has created with Pacific Rim. In a two-and-a-half-minute clip he showed at the convention, fans got an eyeful of the dual-piloted massive robots — called Jaegers — battling some of the kaiju in the film. But even before the chills from all the epic fights subsided, the clip closed with a short monologue from Jaeger pilot Stacker Pentecost played by Idris Elba that ends with the frankly badass phrase, "Today we are cancelling the apocalypse! In other words, prepare for a showdown. And, Del Toro joked, "That's just the tip" a line that got laughs and snickers from the crowd. 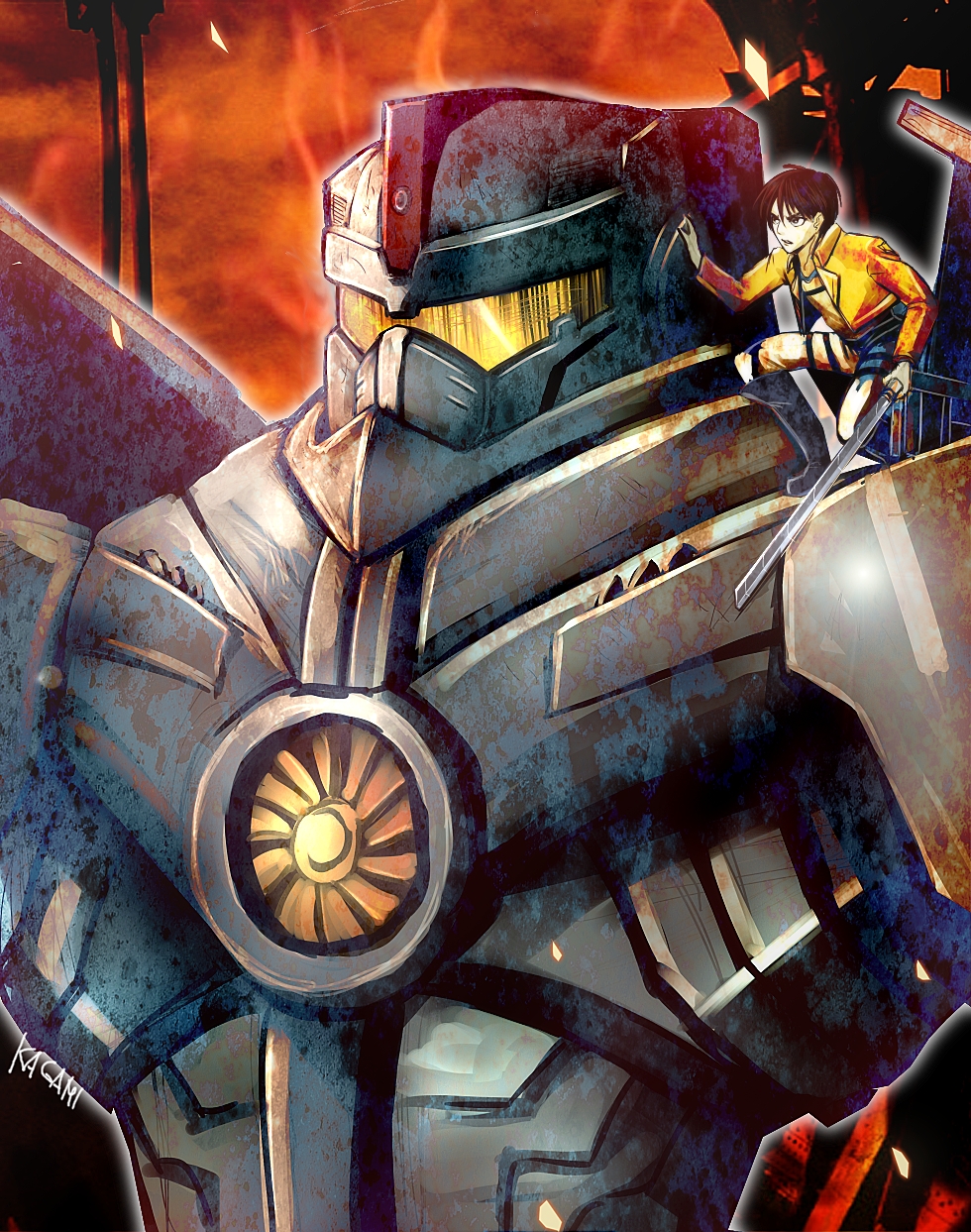 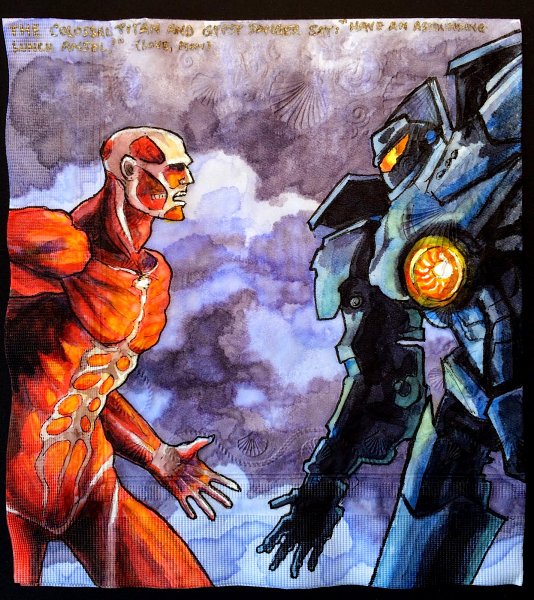 I wish this happened to me. just once. or twice.